The People Have Won- GAP Abandons the Logo

The twitterverse and bloggosphere have won against corporate boredom!

GAP changed their logo back to the iconic blue box and abandoned the little first-grade-digital-art project they were using instead.

After much of the noise and discussion that was raised in the beginning of last week, after the new logo was rolled out, GAP  decided to give in to the popular opinion and change back to their iconic logo.  They announced it today on their Facebook fan page:

„Gap: Ok. We’ve heard loud and clear that you don’t like the new logo. We’ve learned a lot from the feedback. We only want what’s best for the brand and our customers. So instead of crowd sourcing, we’re bringing back the Blue Box tonight.“

It is very interesting to see how fast this issue bubbled up online and how many people were involved. The time period was less than a week. With more than two thousand comments on the  GAP Facebook fan page announcements of the new logo, and countless blog entries and tweets, GAP decided to listen to consumers, and was forced to change their initial rebranding strategy, and bring back the old logo.

The lessons learned from this fiasco are that brands should listen to their consumers and engage with them. With all the social media tools that empower consumers, the individual’s opinion can be taken a long way. Corporate execs should pay more attention to their customers,  step outside their offices and create relationships with who they are targeting. I am glad Marka Hansen realizes that, although a bit too late. She states in the final press release that:

„We’ve learned a lot in this process. And we are clear that we did not go about this in the right way. We recognize that we missed the opportunity to engage with the online community.  This wasn’t the right project at the right time for crowd sourcing.

“There may be a time to evolve our logo, but if and when that time comes, we’ll handle it in a different way.“

But having said all that I must say that I appreciate the response from the GAP press office this weekend. I wrote a short inquiry and they did respond with quoting the press release. So not exactly the perfect situation, but still I was acknowledged. So thanks! 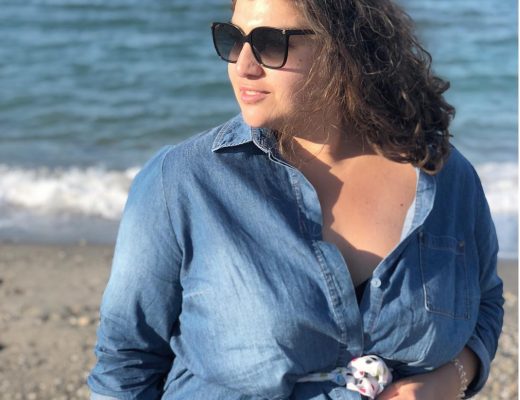