The Buzz of a New Religion?

I converted to be a follower of The Google about a year ago, from being a faithful yahoo! email user for years.

Since my conversion I have discovered how great The Google is, and now I am an orthodox google user. I believe in gmail, gchat, google reader, documents, and oh yes, g’praise the google scholar and google books!!

As a true follower I was super excited when the new Google Wave came to being, and tried to utilize its awesome functions, but there I was standing alone. I tried to make my buddies convert and join, and they did… only join, never fully converted, and never became active users of the new tools. So my Wave-citement died off eventually.

Now The Google released its new prophet- The Buzz!. For a day it is Buzzing everywhere from Twitter, to Blogs, to the almighty CNN for crying out loud, but is it really that buzz-worthy?! No one really knows, and only time will show whether it will become a true religion. But as of right now critics on the web are quite controversial, some love it, some hate it, some find it pointless, some call it Buzz-kill.

The question is- do we really need yet another social network world to be created for us faithful devotees of the social media trends? And if so, do our friends on the social networks we are already using need another one?! Because it is all about networking, right? And to network you need people, and having friends, followers, diggers, lovers, readers, etc.  So how many of the Facebookers will convert to be Buzzers?

Facebook, was successful enough to become the grand deity of social networks, because a lot of people converted from MySpace, and Hi5, and LiveJornal, and all the other known and unknown networking sites we all register in to connect with this one friend who sent us an invite.  Facebook succeeded to become a massive monstrous idol swallowing everything else, because it has only one face, only one function, and us 400 million innocent souls who joined it knew exactly what we are going to get, and why we join. It is simple. So is Twitter. Simple.  140 characters. You know what you get. You know why you are a disciple. You know why you like it. And you know all your friends are there already.

The Google on the other hand is one of the deities with many faces, many hands, and multiple personalities. Buzz is one of them. So was Wave. But will people convert from a simple, focused platform, that they use and are happy with, and all their friends are there, to venture out to the unknown pastures of the “same platform different domain”-type of site? I doubt it.

So far it is kind of a buzz-kill. Even if there is a chance of people converting from Facebook and Twitter to Buzz, it is going to be hard because many of our communities on these already established networking sites are already set. Groups. Fans. Picture albums. Profiles. They are already on, and being used, shared and commented on. A lot of the people on my Facebook are not in my Gmail. And most of the people on my Twitter are not in my Gmail. It is going to take a lot of effort to change people’s social network affiliation, and as long they are happy with what they have (and so far they are) they shall hardly venture out.  Perhaps it is a little fail for the Google-sanctuary.

Perhaps The Google should try to create something that is new and cool, such as Reader, and Scholar and Books, and not really attempt in the social networking domain, as there are my other powerful creatures who rule over it, and it is very hard to break their mighty grasp. 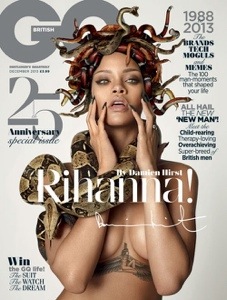